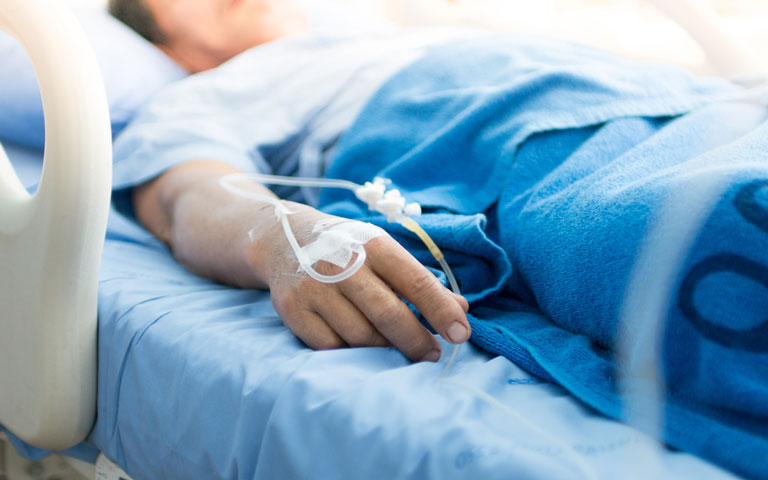 On June 11, 2018, the House of Delegates of the American Medical Association (AMA) voted to reject the status quo on medical aid in dying, voting 56 to 44 to reject the AMA’s Council on Ethical and Judicial Affairs (CEJA) Report 5-A-18 and voted to send it back for further review [1].

For more than 20 years the AMA’s opinion has been “Permitting physicians to engage in assisted suicide would ultimately cause more harm than good”. The debate comes as most Americans support the practice. The Schencker article notes that in a recent Gallup poll, about 72 percent of people surveyed said they believe doctors should be legally allowed to end a terminally ill patient’s life using painless means [1]. However, when people were asked if doctors should be allowed to “assist the patient to commit suicide” if a person has an incurable disease and is in severe pain, that support, however, drops to 65 percent.

Schencker also noted that “The council’s report cited concerns from some critics that physician-assisted suicide might be used for more than just competent, terminally ill adults, such as for children, people with psychiatric disorders or people with socioeconomic challenges [1]. Studies cited out of Belgium and the Netherlands, where the practice is legal, show some who chose to end their lives reported only psychological suffering.

The challenge now for the AMA and all physicians is to consider further the issue of physician-assisted suicide or as others prefer to call it, aid in dying, or death with dignity, or medical aid in dying, and others labeling it as the right to die.

Medical aid in dying, or the right to die, or dying with dignity, has long been a contentious issue not only within medicine but in society in general. Only some aspects of the debate will be discussed.

A salient issue has to do with the level and degree of the participation of the physicians in the equation. To begin, it is only by default through the historical development of medicine that the dispensation of medications of any type became the province of physicians. The road from tribal potions, to shamans and witch doctors, to barber-surgeons and finally to physicians was a long one with the responsibility being delegated to them through laws as societies and governments developed. Ultimately, the right to die being carried out by the dispensing of medications became the physician’s responsibility.

A major aspect in the right to die revolves around the acceptance of supporting participation by physicians. There are issues involved that influence their participation in being the agents determining the termination of life. Many beliefs and lack of knowledge or experience in this area impinges on their ability or willingness and that interfere with participating in the decision process.

Physicians have also generally been uncomfortable with the role thrust upon them by a society of having to be the dispensers of the medications necessary to terminate a life and, indeed, many refuse to take part. This was pointed out by Zitter in her article in the New York Times [3]. As pointed out, historically, it is by default that this role was thrust upon physicians. It does not have to be the default position.

Also bearing a great influence towards the right to die are the religious biases of physicians. This issue was explored by the Pew Charitable Trust [4]. Religious leaders, scholars, and ethicists from 16 major American religious groups were asked to explain how their faith’s traditions and teachings address physician-assisted suicide, euthanasia and other end-of-life questions. These religious groups are generally opposed to assisted suicide and euthanasia and generally agree that it is morally wrong to destroy human life, including one’s own even though their stated positions are often in conflict with the beliefs of many of their adherents. They also generally believe that life need not be preserved at all costs and that one does not need to go to extraordinary lengths to preserve a dying person’s life.

Further, while the stated opposition of the Catholic Church is well-known, similar beliefs are held by most Christian ones, Jews, Moslems, and Hindus; however, there are some exceptions [5]. The United Church of Christ supports the right of terminally ill patients to make their own decisions about when to die–including whether to hasten death. This position is in keeping with their broader church teachings that stress the importance of respecting individual conscience and choice. In concurrence, the Unitarian Universalist Association of

Congregations (UUA) passed a resolution advocating “the right to self-determination in dying.” As a result, the church supports laws such as those in Oregon and Vermont that enable terminally ill patients, under carefully defined circumstances, to seek physician assistance in hastening their own death.

It appears evident that physicians are not necessarily the best means to be the agents of the state to provide the medications necessary to terminate life. As will be later shown, there is an alternative.

Next to be considered is whether aid-in-dying is even primarily a medical issue? In the editorial, Changing the Physician Mindset, in the Caribbean Medical Journal (CMJ), it is opined that aid in dying is not per se a medical issue; it is a societal issue [6]. Moreover, as such, physicians should be relieved of the responsibility of terminating a life. The argument is further advanced that the whole issue of the right to die is more a public health issue than a medical issue. The notion is then presented that trained public health officials, rather than physicians, be empowered to dispense the necessary medications. In this scenario, physicians would be relieved of a responsibility that they are not totally happy with and, also are not provided the training and experience to deal with. For the legal authority to promulgate this, the legal basis derives from the United States Constitution. Under the constitution and the police powers of the state, the state has the right to “protect the health, safety and welfare” of its citizens. Thus, the state has the power to license public health officials, albeit perhaps including those with MD degrees, and/or others trained in the pharmacopeia, to have the authority to dispense.

An argument against the participation of physicians posed is based upon the Hippocratic Oath; wherein they are to do no harm by administering a “poison”. In an article, The Right to Die Who Decides, also published in the CMJ, among other arguments, is the suggestion that there is a great difference in a physician being asked to prescribe a medication allowed by law to terminate a life and an arbitrary decision by a physician to administer a poison [6].

There is a group of people, who are not either deemed not competent to make the decision to terminate their lives or are physically incapable of carrying out their desired wishes, who constitute yet another area not addressed either by physicians or by any enabling laws. In jurisdictions in most parts of the world, but not all, where there are laws enabling the termination of life, there are members of many societies who are not afforded these rights. However, the argument that any assisted death might be used for “more than just competent, terminally ill adults, such as for children, people with psychiatric disorders or people with socioeconomic challenges” addresses an issue that further needs to be debated. As noted in the editorial (7), the question is asked whether it should necessarily be the case that such people, perhaps in a painful terminal stage of their lives, are to be denied the compassion of an assisted end to their lives?

This issue is further explored in The Right to Die Who Decides [6]. An argument is presented that not allowing assistance is, and borrowing a phrase from the US Constitution, “cruel and unusual punishment”, for example, for someone suffering from Amyotrophic Lateral Sclerosis. This person may be able to take the medication on one day but, then unable to do so the next day. The question can be asked why he/she should be denied the ability to be assisted to take it the next day. The remaining alternative is to be forced to horribly die by what is essentially a slow asphyxiation?

A similar situation exists for those judged mentally incompetent. The question can pointedly be asked as to why someone so judged need possibly suffer a painful death simply because they are judged “mentally incompetent” when, if they were mentally competent, could have this right? Is this not also “cruel and unusual punishment”?
This concern especially extends to children, for whom there are also no provisions in most jurisdictions legally enabling assistance. Unfortunately, children are judged incompetent to make such decisions even though there are recorded instances of children expressing the desire to leave. Currently, this means that a parent, loved one or guardian is forced to sit and watch a child dying in agony or be so consumed by narcotics as to be essentially brain dead. Is this not also “cruel and unusual punishment”?

These considerations lead to the questions of the ethical issues involved in assisting in the termination of a life. The main ethical issues are autonomy, justice, and beneficence. These are addressed in the Letter to the Editor (7) by a group of varied doctors in response to the above-referenced Editorial (6).

As they very well explore, these issues include what they identify as the 3 pillars of medical ethics:
1. Autonomy:
and specifically, the hard fought for ability of the patient to have a voice in their own treatment. This autonomy should extend by default to the patient having the ability to be involved in the decision to terminate their life.
2. Justice:
as it applies to the legalization of assisted death. Legislation embodied in statutes will allow both those granted the ability to allow for the termination of life and those seeking to employ those statutes the comfort of knowing they have the ability to decrease the potential for suffering by providing a safe means to terminate their lives.
3. Beneficence:
to the extent of preventing pain and suffering to both patients and loved ones; mental and physical to pain for patients and mental pain for loved ones. The authors opine that by legalizing assisted-death, patients can be provided with the opportunity of a dignified passing.

Last, there is the ultimate ethical dilemma: Quantity of life vs Quality of life.

So, the question now evolves to this: What is more important, life itself or the quality of that life?
Concluding question: What do you want for yourselves and for your loved ones?

Seneca, 4 BCE to 65 CE, wrote, “I will not escape by death from disease so long as it may be healed and leaves my mind unimpaired; I will not raise my hand against myself….but if I know I must suffer without hope or relief, I will depart.”

Here, 2000 years later, the issues are still the same.