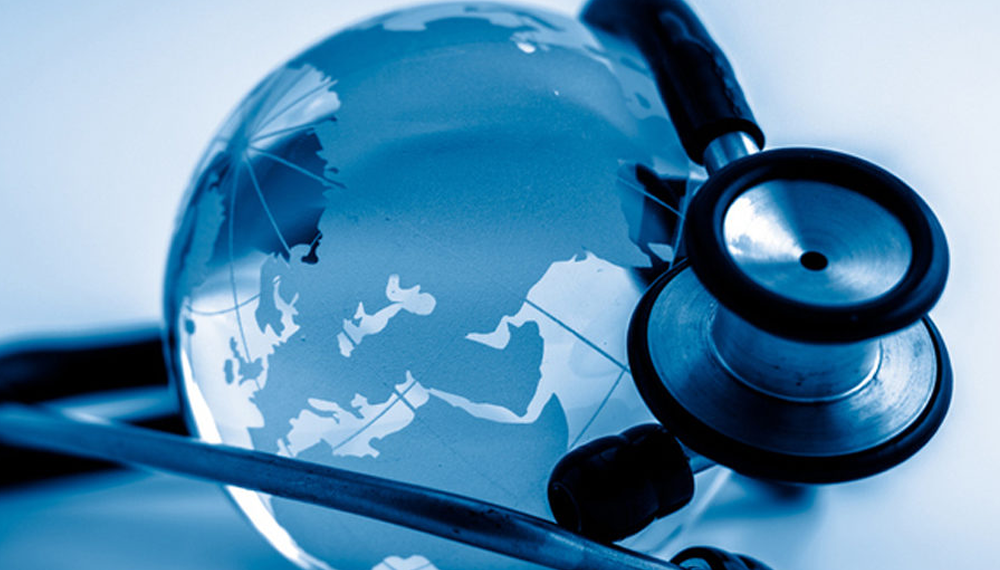 Twenty-five years ago, the World Health Organization (WHO) declared Tuberculosis (TB) a global health emergency (1). The Stop TB Strategy was introduced in 2006 to reduce the global burden of TB dramatically by 2015 (2). Although significant headway has been made in the subsequent years, this ancient disease remains one of the top ten causes of death worldwide and the leading infectious disease cause, above HIV/AIDS (3). Globally, it is estimated that 1.7 billion persons are already infected and in 2017, there were 10 million new cases of TB disease, with an estimated 1.6 million deaths (3). The region of the Americas accounted for 3% of the global TB burden in 2017, with the highest incidence rate observed in the Caribbean (4). The countries of the region are working to make the Americas the ﬁrst region in the world to achieve the elimination of TB as more than 40% of countries in the region have a low TB incidence including some of Trinidad and Tobago’s neighbouring islands (4). Our twin island paradise has a medium level of TB burden, and 2018 data reports an incidence of about 17 per 100,000 population per year. The World Health Organization’s (WHO) ‘‘The End TB Strategy’’ envisions a world free of tuberculosis i.e., zero deaths, disease, and suffering due to TB with a goal of ending the global tuberculosis epidemic by 2035 (5). On 15th May 2019, the ‘‘End TB in T&T Strategy Development Meeting’’ was held to appraise the needs of the national TB program, to secure investment and to accelerate the current efforts to achieve the end of TB nationally by 2035 in order to achieve the milestones and targets set by the End TB Strategy. The expert attendees unanimously agreed on the following key measures to achieve these targets.

Firstly, improving diagnostic performance and infrastructure is crucial to end TB locally. The conventional sputum microscopy has limitations in terms of sensitivity, specificity, and turnover time. Xpert MTB/RIF assay is an automated cartridge-based nucleic acid amplification test that can detect both Mycobacterium tuberculosis and its resistance to rifampicin in less than two hours’ time (6). As an initial diagnostic test, it has a sensitivity of 88% (84–92%) and a specificity of 99% (98– 99%) for pulmonary TB (6). This compares favourably to sputum acid-fast bacilli (AFB) microscopy, providing early diagnostic information including Rifampicin resistance, without the drawback of cross-contamination and is independent of the operator’s skill. Therefore, its widespread use will help to achieve early diagnosis and subsequent initiation of treatment. Recently researchers proposed to use this assay as a substitute for smear microscopy in intermediate burden settings (7). Besides, a few nucleic acid amplification tests (NAAT) based point-of-care TB diagnostic tests are in the pipeline. Though the trend in TB diagnostics is to move towards molecular assays, the benefits of conventional sputum microscopy, especially in identifying infectious patients, and monitoring the treatment response cannot be disregarded. Increased availability of sputum AFB microscopy will allow for timely isolation of infectious cases, thereby reducing risk of infection to other individuals and allowing efficient use of resources such as inpatient bed space as all patients with suspected TB are isolated by protocol until these results are available. Drug-resistant TB continues to threaten global TB care, and local estimates of multidrug-resistant TB incidence is 0.65 per 100,000 population (3). It is recommended that all TB patients should have drug sensitivity testing (DST) for at least rifampicin, all rifampicin resistant cases should have first-line drug sensitivity testing, and all multidrug resistance (MDR) cases should be tested for quinolone and injectable second-line drugs sensitivity.

Enhancing patient adherence is an invaluable tool in the war against TB locally. Psychosocial burden, including the stigma of TB diagnosis, hours of work lost, and subsequent financial burden coupled with lack of adequate education and a myriad of other factors may pose a challenge to treatment adherence. Non-adherence to anti-TB treatment can result in dire consequences like increased morbidity and mortality, spreading of infection to others, and the emergence of drug-resistant TB. Nationally, the lost-to-follow-up rate has exceeded 15% frequently. Directly observed therapy (DOT) is one of the earliest cost-effective strategies endorsed by the WHO to encourage TB patients’ adherence to treatment (8). The cornerstone of DOT and its major limiting factor remains human resources as health workers, community volunteers, or family members are required to observe and record patients taking each dose of anti-tuberculosis treatment. Electronic DOT (eDOT) is an alternative method where devices such as smartphones can be used to observe patients taking their treatment. This strategy is convenient for both patients and healthcare workers, saving both cost and time. However, the healthcare professional-patient relationship can be lost, which may be crucial in some groups of patients as well as monitoring of adverse reactions to anti-TB medications. Every patient is unique, and a model of patient centred care including health education, social support, incentives and involving successfully treated patients as volunteers will help to overcome non-adherence, to optimize and individualise treatment strategies for the challenging group of patients. Additionally, incorporating a national TB database will allow data entry in a more time effective manner, allow safekeeping of confidential information and provide easier access to critical information such as index cases, and treatment outcomes across different sites nationally.

Prevention of new TB infections and their progression to disease, especially targeting the critical populations is a vital approach to End TB. Some persons have increased exposure to TB due to where they live or work, such as healthcare workers in high-risk settings, prison inmates, and institutionalised persons who may be deprived of their liberty. Others have limited access to quality TB services due to socio-economic reasons. Furthermore, some persons are increased risk of TB because of biological and behavioural factors that compromise immune function, including people with diabetes, persons on immunosuppressive therapy, those living with HIV/AIDS, children of less than five-year-old, and the elderly. HIV/TB co-infection accounts for a significant proportion of TB cases yearly, with 13.6% of the total TB cases in 2018 locally having HIV. Screening for diabetes in TB patients is also a priority in a country with high burden of diabetes and the current performance of 90% screening in TB patients should be expanded further (4). Suggested measures for these critical populations include active case finding by periodic screening, shortening of the duration of preventive treatment for latent TB infection (LTBI) by using drugs such as Rifapentine, as well as selective BCG vaccination (6). Currently, the tuberculin skin test (TST) or interferon gamma release assays (IGRA) are recommended to test for LTBI by the WHO (9). The TST may give false positives and negatives in individuals who have been vaccinated with BCG after the age of five, and immunosuppressed, respectively. Inclusion of IGRA tests such as QuantiFERON-TB Gold can improve the LTBI diagnostic performance in these individuals.

‘‘Intensified research and innovation’’ is one of the three pillars of the End TB Strategy (5). TB research and education are critical in achieving targets to end TB locally. Worldwide, it is estimated that US$ 2 billion per year is needed for TB research and development. Even with an increase in investments in recent years, funding for this key pillar continues to fall short globally (3). Trinidad and Tobago is no exception. Locally, priorities for TB research include epidemiologic, clinical and translational research, operational as well as policy, and social system research. The local research in the field of TB needs further support. Formal links between the TB programme and the University of the West Indies need to be strengthened for graduate-level research training, and a substantial increase in national funding to support TB research are invaluable steps towards achieving TB elimination. Promotion of health education can clear myths about TB among the local public and even among healthcare workers (Table 1), which in turn can reinforce the attempts to end TB by 2035. Teaching future generations about TB by introducing health education in the secondary school curriculum will prove an asset not only in the battle against this old disease but also the other non-communicable diseases (NCDs).

Currently, the rate of decline in the TB incidence locally is estimated to be 0.05% per year since 2000, but it must be accelerated to 6-7% per year by 2020 and 12-13% per year by 2025, in order to achieve the milestones for reductions in cases and deaths set in the End TB Strategy. While there is a myriad of strengths of the national TB programme, our efforts in the fight against TB need to be intensified if we are to remain in sync with worldwide efforts to eradicate this old disease. There is ample evidence that investments in TB programs can give substantial profits. Every $ invested in TB intervention can return up to $56 (10).

We can make history! We can End-TB in T&T!