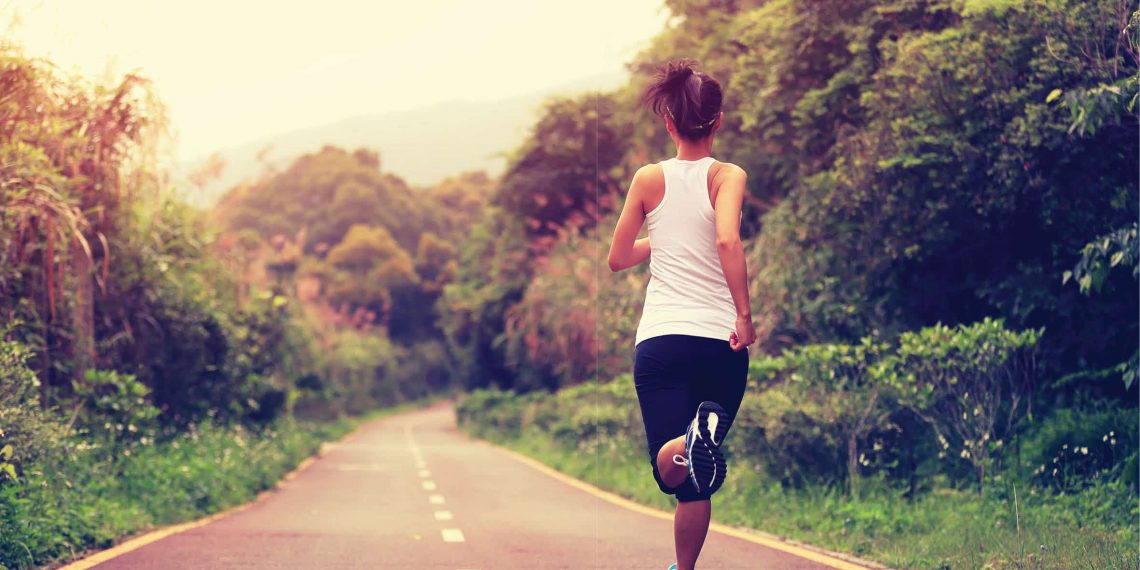 Abstract:
Objective: To determine the reasons for dropping out and if there were any significant differences in body mass index (BMI) and waist-to-hip ratio (WHR) between active participants in the Sports for Health programme and participants who were lost to drop out.

The Windward Islands Research and Education Foundation (WINDREF) established a series of community-based activities throughout Grenada to begin service activities for prevention of chronic disease prevention. In 2010, WINDREF in collaboration with the Royal Grenada Police Force (RGPF) developed a community-based programme where citizens of Grenada could access physical training programmes and facilities at four population centres at Point Saline, La Sagesse, Grenville and Gouyave. Today, more than 600 persons are actively involved in the programme, which provides a cost effective and supportive environment for physical activity [4].

Physical-activity interventions have been shown to improve the health of people yet dropout poses an important challenge. A meta-analysis to investigate the prevalence and predictors of treatment dropout identified a dropout rate of 29.3% among multiple dropout studies [5]. In a prospective study conducted among community exercise groups between February and November 2015, the drop-out rate was 38.5% [6]. The main causes were low motivation and transport problems with persons who dropout having worse functional tests, more exacerbations, steroids and smoking habits. Attitudes towards dropping out from exercise programmes was also identified by Hardcastle et al., who reported on the following seven themes of availability of the programme; access, time and cost; lack of motivation or confidence; unwell or fatigued; physical activity preferences; knowledge of physical activity guidelines; and lack of referral or advice [7].

The aim of this study is to determine the reasons for dropping out and if participation in the Sports for Health programme in Grenada has shown considerable changes in body mass index (BMI) and waist-to-hip ratio (WHR) when compared to participants who have dropped out of the programme. This analysis also sought to explore reasons for non-participation among those who initially participated in the programme.

Methods
The Sports for Health programme is a longitudinal study that employs a community-based exercise project in five community sites around Grenada. When the programme was implemented in 2011, baseline data of each participant’s body mass index (BMI) and waist to hip ratio (WHR) were collected. Persons who remained in the Sports for Health programme were continued to be evaluated as part of the programme including BMI and WHR. Persons who were lost to follow up for more than one year were contacted and evaluated at their place of residence in 2014 for BMI and WHR measurements as well as semi structured interviews to determine the reasons for their nonparticipation. Interviews were based on guided questions from an interpretative phenomenological analysis of men and women’s accounts of gymnasium attendance and non-attendance study [8]. 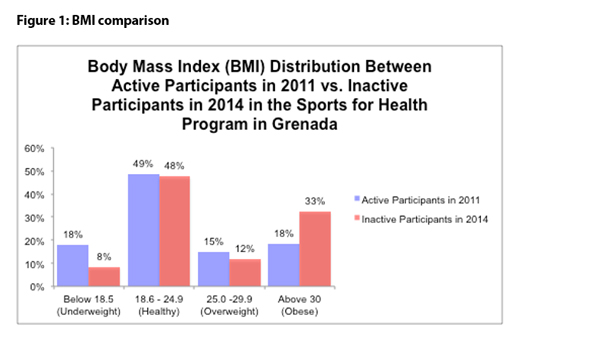 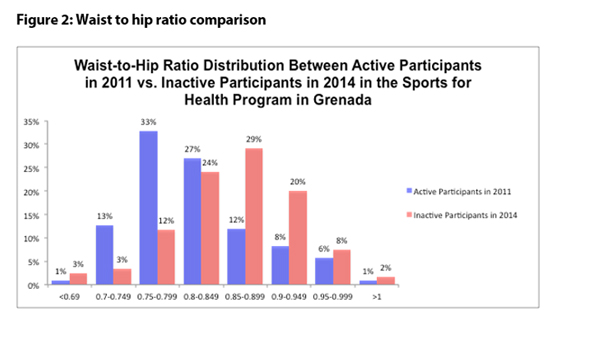 Active participants in the Sports for Health programme are at least twice as likely to fall into a healthy waist-to-hip ratio range (i.e. 0.75-0.799). In contrast, the inactive participants are much more likely to have a waist-to-hip ratio greater than 0.9, and are therefore at an increased risk for developing non-communicable chronic diseases. Inactive participants in Sports for Health programme demonstrated both an increase in BMI as well as WHR after their non-participation for a minimum of 12 months. Non-participation of persons in the Sports for Health programme was found to increase their risk factors for non-communicable chronic diseases that were being addressed as part of the community-based exercise programme. Further analysis involved a student t-test which was conducted to compare the mean difference of the BMI and WHR data from 2011 and 2014 (p<0.05). Table 1 below represents the analysis that was conducted. 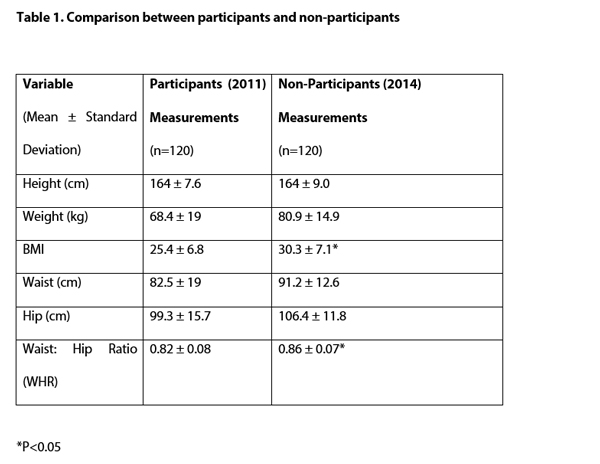 Interviews among persons who no longer participate in the Sports for Health programme revealed reasons behind their lack of participation in the programme.

Discussion
It is vital for the evaluation and overall benefit of the programme to know what barriers exist that keep community members who were once interested in participating in the Sports for health programme from participating. Among all the inactive participants that were interviewed regarding the reasons for their drop-out, the common themes for non-participation included:

Lack of partner support:
Partners of participants gradually began to no longer support their participation in the programme. Some women felt they were losing weight and size, but their partners felt that they were becoming attractive to other men. The partners were noted to prefer their women to be plus sized, and did not want them to lose any weight. When the women initially participated, they also began changing the way that they prepared their food (e.g. stopped frying food) which was not well accepted by their male partners. While the women went to exercise, they reported that their male partners would go to local rum shops. As a result, women reported facing physical, sexual, and financial abuse as a result of their participation.

Negative Community Perceptions:
The women who participated in the programme reportedly became the objects of rumours in their churches/community groups etc., as they heard people were referring to their weight loss with having a disease (AIDS, etc.) and thus, discouraging them from continuing.

In summary, the Sports for Health Programme in Grenada has shown to significantly benefit individual participants who actively partake in the exercise regimen; however, it is clear that non-participation in the programme adversely affects BMI and WHR. The barriers to participation experienced by women in the Sports for Health programme included lack of partner support and negative community perceptions which influenced the women to discontinue their participation in the programme.