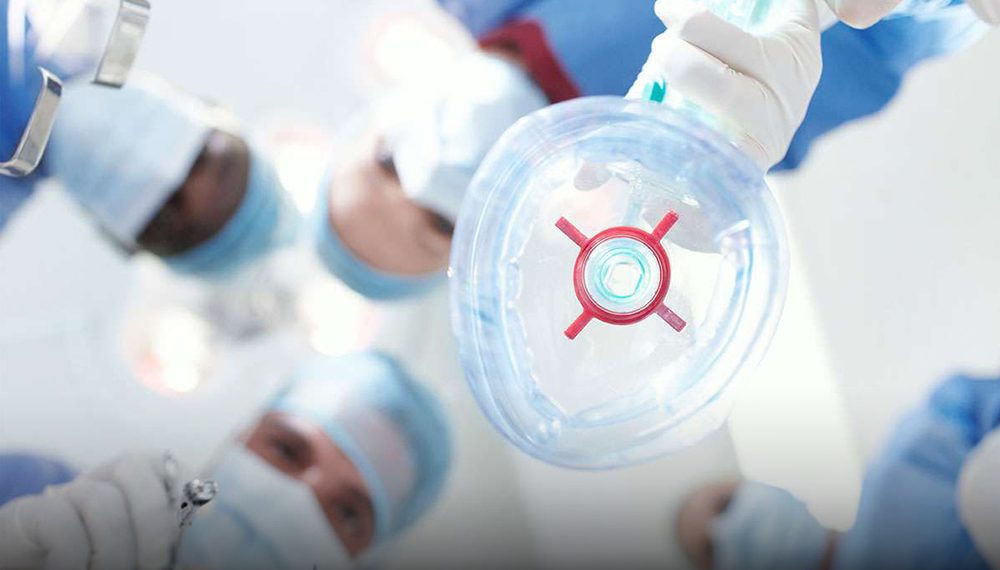 Abstract
Noonan’s syndrome is a relatively rare genetic disorder with distinct clinical manifestations. Surgery is usually required early on in life however many of these patients can present for surgery later in life. Specific challenges to the anaesthesia can include, coexistent cardiac abnormalities, risk of difficult intubation, bleeding abnormalities, scoliosis and the potential for triggering Malignant Hyperthermia. Although characteristic phenotypical appearances can become less distinct with age, many abnormalities persist along with new potential problems.
We report a case of an adult male with Noonan’s syndrome who developed severe scoliosis and presented for elective hemorrhoid repair. The procedure was safely performed under low dose spinal saddle anaesthesia. We also review the relevant perioperative issues and the challenges that can be encountered when deciding on the most appropriate mode of anaesthesia.

Introduction
Noonan’s syndrome has the hallmark features of facial dysmorphia, cardiac abnormalities and short stature [1]. Many patients with Noonan’s syndrome progress to adulthood where they can manifest persistence or worsening of organ systems that were affected at birth [2]. Additionally, spinal abnormalities can develop as early as the first decade of life [3]. Associated abnormalities can affect the decision to proceed with either regional or general
anaesthesia especially as many of these patients will present for some form of surgical intervention in their lifetime. Even minor surgical procedures, as in our case, can present many challenges.

A few studies exist documenting the anaesthesia management of patients with Noonan’s syndrome in the pediatric age group and in the parturient, however, there is little data or published reports on the challenges encountered in the older patient [4-8]. We seek here to describe the perioperative management of an adult male who presented a significant challenge for both regional and general anaesthesia but was safely anesthetized using a simple but effective regional anaesthesia technique. We also briefly review major perioperative issues and the use of regional anaesthesia in scoliotic adults.

Case Description
A 21-year-old male with known Noonan’s syndrome (diagnosed early in life) presented to us for elective hemorrhoidectomy to treat symptomatic hemorrhoids. On examination, he was a short male in good spirits with a strong desire to undergo surgery. He was noted to have low set ears, marked thoraco-lumbar scoliosis (Figure 1), pectus excavatum, poor lower jaw protrusion (Calder class B) and a high arched palate. A median sternotomy scar was also present over the anterior chest wall along with a grade 3/6 ejection systolic murmur heard loudest over the lower left sternal border. He had previously undergone pulmonary valve surgery to correct moderate pulmonary stenosis when he was one-year-old. A recent trans-thoracic echocardiography, although complicated by poor windows, showed preserved ejection fraction and moderate pulmonary stenosis (Peak velocity 3.28 m/s and Peak gradient 43 mmHg). He gave a history of worsening scoliosis over the past three years with an associated functional  limitation. Although still able to perform activities of daily living independently, he was now unable to climb more than five stairs at one time.

Thoracic CT showed severe thoracic scoliosis with curvature to right (Cobb’s angle 86 0 ) a grade 4 rotation and significant compression of the right lung. Spirometry showed a restrictive picture with a significantly reduced FEV 1 (22% of predicted). Due to his poor respiratory function, valvular stenosis and potentially difficult airway, the
anaesthesia team suggested avoiding general anaesthesia. Despite his severe double curve scoliosis, his lumbar spinal spaces were easily palpable. After appropriate counselling the patient agreed to have the procedure done under a spinal saddle block. All his preoperative blood investigations were normal; however, he was known to have a mild factor IX deficiency (factor IX activity 40%). Further investigation revealed normal clotting time, bleeding time and coagulation profile.

On arrival to the operating room standard monitors were attached, IV access was secured and the patient was placed in the sitting position. After skin preparation and draping, the L4/L5 interspace was identified by palpation and lidocaine 2% was used to infiltrate the superficial tissues.

The dura was punctured on first attempt using a 25 G Sprotte needle inserted in the apparent midline and angled towards the lumbar convexity. Five milligrams (1ml) of 0.5% heavy bupivacaine was injected after free flowing CSF and negative aspiration for blood. The patient was kept in the sitting position for ten minutes to allow the block to set. After confirming loss of sensation to cold in the sacral region the patient was placed in the lithotomy position and the surgery started.

The patient remained comfortable and hemodynamically stable throughout the case which lasted approximately 45 minutes. He was discharged home on oral analgesics after full recession of the block was confirmed.

Discussion
Noonan’s syndrome can pose many challenges to the anaesthesiologist even during minor surgery. Our patient had severe restrictive respiratory disease and persistent pulmonary stenosis. Due to the peripheral nature of the proposed operation site, we decided that spinal saddle block would provide both effective surgical anaesthesia and cardiovascular stability. However, our patient had severe scoliosis which may have hindered access to the subarachnoid space. Despite this we still considered it worthwhile to attempt spinal anaesthesia with conversion to general anaesthesia if initial attempts were unsuccessful. Another advantage of spinal anaesthesia in this case was the ability to reduce exposure to volatile anaesthesias which can potentially trigger malignant hyperthermia.

Noonan’s syndrome is an autosomal dominant disorder with an incidence of 1 in 1000 to 1 in 2500 live births [1]. It is diagnosed clinically and its specific features include short stature, facial dysmorphia and cardiac defects [2]. Of note, classic phenotypical manifestations can decrease with age making the diagnosis difficult to make in older children or adults [2]. Facial features in Noonan’s syndrome usually include a large head with a small face and a tall forehead. There may also be hypertelorism, ptosis, sternal abnormalities, downward slanting and low set eyes [1, 2, 5]. A short webbed neck, dental malocclusion, high arched palate and micrognathia may also
contribute to a difficult intubation in these patients [5].

Cardiac abnormalities are one of the hallmarks of Noonan’s syndrome and is of particular interest to the anaesthesiologist. Pulmonary valvular stenosis is the most common lesion occurring in 80% of patients with Noonan syndrome [4]. Even after surgical intervention residual valvular stenosis can persist, as in our patient. In the untreated patient, pulmonary stenosis can predispose to right ventricular hypertrophy, increased ventricular work and a reduction in left ventricular output [9]. Specific management includes maintenance of preload to optimize right ventricular filling, avoidance of fluid overload, maintaining left ventricular afterload and preserving myocardial contractility. Increases in pulmonary vascular resistance should also be avoided [9, 10].

Other frequent cardiac abnormalities include atrial septal defects (ASD) and hypertrophic obstructive cardiomyopathy (HOCM) [1]. Patients with HOCM may need preoperative optimization with beta blockers and are at risk of developing dynamic left ventricular tract obstruction due to the hypertrophied septum [6]. Conditions such as reduced preload, increased contractility and reduced systemic vascular resistance can facilitate this intraoperatively and should be avoided [6]. Preoperative echocardiography is essential in patients with Noonan’s syndrome and current recommendations favor lifelong cardiac follow up [1, 6]. Malignant hyperthermia has been thought to be associated with a wide range of inherited and congenital syndromes. Current evidence show that there exists only weak evidence for the association of Noonan syndrome and malignant hyperthermia, with only one suspected case being reported in the literature [11]. However, King Denborough syndrome, which shares some of the facial dysmorphic features with Noonan’s syndrome, is associated with an increased susceptibility to Malignant Hyperthermia [11]. Hence the clinician should endeavor to be certain of the diagnosis before proceeding to use potentially triggering agents during general anaesthesia
or avoid their use completely.

Scoliosis may be present in 15-30% of patients with Noonan’s syndrome [2, 3]. Scoliotic changes tend to develop around a mean age of nine years and is severe enough to require surgery in more than 60% of patients [3]. Adults with Noonan’s syndrome thus have a high likelihood of presenting with severe scoliosis as seen with our patient. Clinical implications of scoliosis include restriction in pulmonary function and difficulty in performing regional anaesthesia. Appropriately selected regional anaesthesia may be the best clinical option to deal with the
airway, cardiac and malignant hyperthermia susceptibility in these patients yet the presence of scoliosis may make this technique prohibitive. However, in parturients with scoliosis neuaraxial anaesthesia was used  successfully in 69% of patients with uncorrected scoliosis and a higher incidence of success was noted in the uncorrected patients [12]. In our case we followed the technique of Ko and Leffert where the spinal needle was inserted in the apparent midline and directed towards the convexity of the curve where the interlaminar spaces are larger [12]. An alternative approach is to use a paramedian approach towards the convex side of the curvature [13]. When dealing with severe scoliosis Bowens et al suggested the use of imaging techniques like ultrasound or fluoroscopy [14]. In our patient no adjunctive imaging aids were needed despite the severity of his scoliosis.

Spinal saddle block is a safe and effective technique that seeks to block the sacral dermatomes while producing limited motor block and minimal hemodynamic alterations [15]. It is commonly used for perianal ambulatory surgery and was our technique of choice here. Standard technique involves the patient sitting for up to ten minutes after administration of a low dose of hyperbaric bupivacaine [16]. Very low doses of hyperbaric bupivacaine have also been studied with even doses of 1.5 mg found to be effective for short perianal surgery [17]. Advantages of the technique in our patient include excellent intraoperative anaesthesia with a low risk of block ascension and cardiovascular alteration.

Another perioperative concern that will be of interest to the anaesthesiologist, especially when regional anaesthesia is planned, is the presence of bleeding abnormalities. This increased bleeding tendency can be present in up to 55% of patients with Noonan’s syndrome and is usually classified as mild-moderate in severity [2]. Abnormalities can range from thrombocytopenia, functional platelet defects and coagulation factor deficiencies [2]. Screening with complete blood count, prothrombin time (PT), partial thromboplastin time (PTT) and bleeding time is recommended before surgery [1]. Additionally, special precautions such as blood and blood products should be made available during surgery.

In conclusion, we have highlighted some of the major perioperative concerns in patients with Noonan’s syndrome when these patients present for routine elective surgery outside of the pediatric period. In our case report we also demonstrated the impact that severe scoliosis can have in adult patients with Noonan’s syndrome. We have also shown that spinal anaesthesia can be safely used in these patients once the appropriate technique is used and the necessary considerations are made.